How to Change Registered Office of a Company : Companies Act 2013 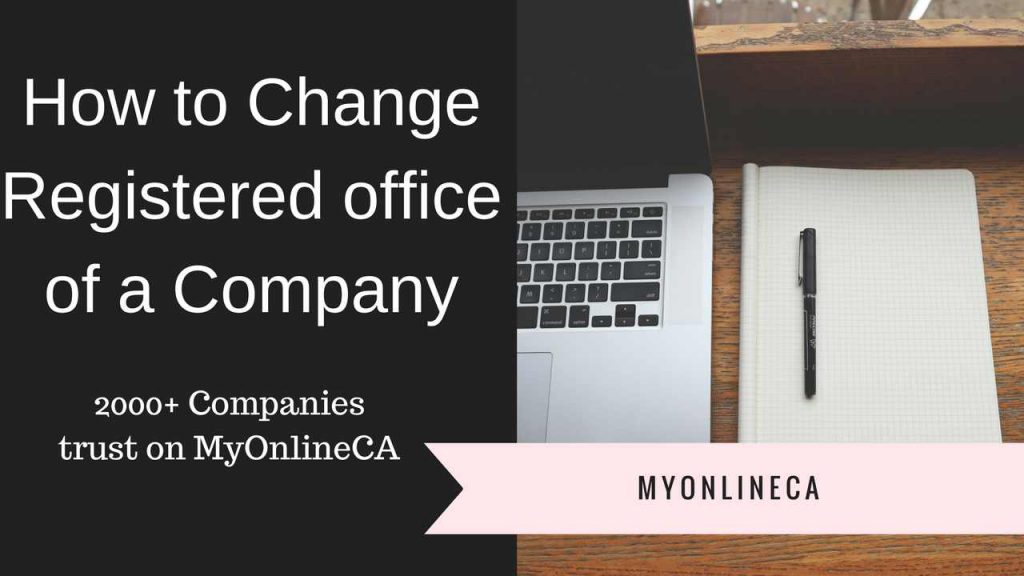 Under section 12 of the Companies Act 2013, When a company is incorporated it has to have a registered office within 15 days of its corporation for receiving and acknowledging all communications and notices which are addressed to the company.

A registered office is important for a company as it is a place to maintain all the annual returns, statutory Registers, books of account, annual general meetings held. It also helps in determining the jurisdiction over the company under some acts.

There can be circumstances where the company has to change its registered office. It can be done within the state or to a different state. The procedure for changing the registered office is provided under Section 12 of Companies Act 2013 and Company (incorporation) Rules, 2014.

The procedure to follow when the registered office of a company change is within the state:

1. A meeting of BOD of the company has to be conducted and resolution has to be passed for a change of address.

2. If the office is to be shifted to another city within the state then the approval of shareholders has to be taken by passing a special resolution in general meeting.

3. Within 15 days of the Resolution, the INC-22 form has to be filled. It has to attach following details:

b) Proof as per the following table:

c) Copies of utility bills like telephone bill, gas bill, electricity bill depicting the address in the name of the owner not to be older than 2 months

4. If the special resolution was passed at the shareholders meeting, the company has to file MGT-14 within the Registrar of Companies within 30 days of the passing of the resolution.

If the change in address results in a change from one registrar to another registrar then the additional steps to be undertaken are:

1.INC 23 has to be filed for getting confirmation from the regional director along with the fee prescribed.

2.Company shall, not less than one month before filing any application

a) Publish in at least once in a daily newspaper published in English and in the principal language district in which the registered office is situated and circulated it in that district.

b) Individual notice has to be served to each debenture holder, depositor and creditor of the company, clearly indicating the matter of application and stating that any person whose interest is likely to be affected by the proposed alteration of the memorandum may intimate his nature of interest and grounds for opposition to the Regional Director with a copy to the company within twenty-one days of the date of publication of that notice.

When Company Registered Office Change from one state to another state :

1.Conduct a Board of Directors meeting to pass a resolution for change of Registered office and amendment of MOA of the company.

2.You have to pass a special resolution in General Meeting for the same.

3.Form MGT-14 has to be filed with Registrar of the Company about the special resolution passed within 30 days from change.

4.Form INC-23 has to be filled to get the approval from the Central Government with following attachments:

a) A copy of amended MOA and AOA.

b) A copy of the notice of the Meeting along with the explanatory statements.

c) A copy of the resolution for change in Registered Office of the Company and alteration of MoA.

d) A copy of the minute of the meeting containing the details regarding the number of votes cast in favour of and against the resolution.

f) A list of debenture holders and creditors entitled to object to the application along with Their names and addresses Nature and respective amounts due to them in respect of debts, claims and liabilities

g) An affidavit verifying the list of creditors signed by the Company Secretary if any and at least two directors one of whom shall be a Managing Director where there is one.  The Affidavit should state that

h) They have made a full enquiry into the affairs of the Company and having done so, have formed an opinion that the list of creditors is correct

i) That the estimated value as given in the list of debts or claims payable on a contingency or not ascertained are proper estimates of the values of such debts and claims against the Company to their knowledge.

Other Things to keep in mind

Letterheads, the seal of the company etc have to mention new registered office address.