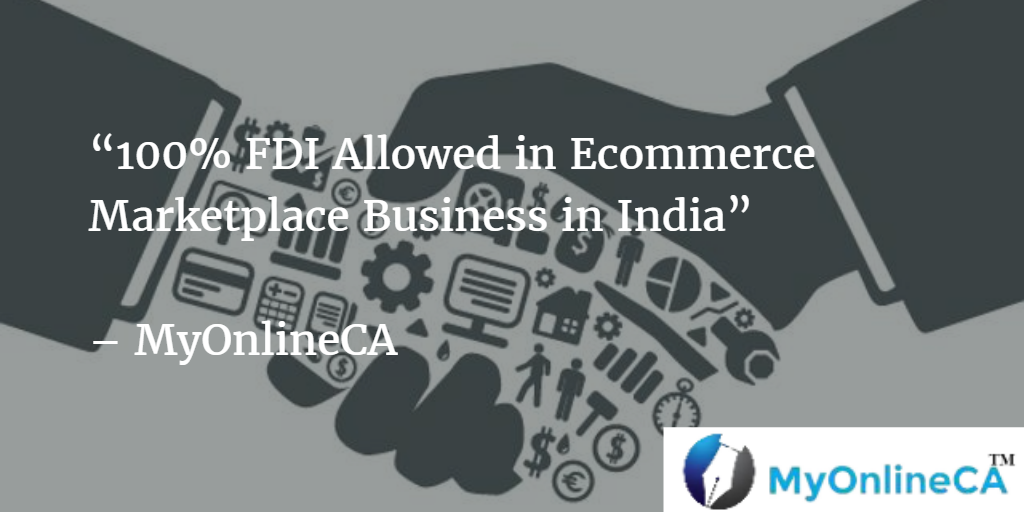 A Great news for the Indian Startups that Today DIPP Department issue a notification regarding the FDI Allowed in Ecommerce Marketplace as 100% via automatic route.

The government has permitted 100 per cent FDI in the marketplace format of e-commerce retailing with a view to attract more foreign investments. As per the guidelines issued by the Department of Industrial Policy and Promotion (DIPP) on FDI in e-commerce, foreign direct investment (FDI) has not been allowed in inventory-based model of e-commerce.

At present, global e-tailer giants like Amazon and Ebay are operating online marketplaces in India while homegrown players like Flipkart and Snapdeal have foreign investments even as there were no clear FDI guidelines on various online retail models. To bring clarity, the DIPP has also come out with the definition of e-commerce, inventory-based model and marketplace model. Marketplace model of e-commerce means providing of an IT platform by an e-commerce entity on a digital and electronic network to act as a facilitator between buyer and seller.

The inventory-based model of e-commerce means an e-commerce activity where inventory of goods and services is owned by e-commerce entity and is sold to consumers directly, according to the guidelines. A marketplace entity will be permitted to enter into transactions with sellers registered on its platform on business-to-business basis, DIPP said.

The government has already allowed 100 per cent FDI in business-to-business (B2B) e-commerce. In November ,the Government eased FDI rules in 15 sectors, including single-brand retail. If a single-brand retail entity with foreign investment has got approval to set up stores in India it can also engage in online retail. However 10 days later happened 10 days before the Delhi High Court’s order to investigate 21 e-commerce websites.