On 8th November midnight, a shock came to people as PM Modi announced a Battle against corruption and black money with the aid of demonetising Rs 500 and Rs1000 notes which will be no longer a legal tender. The RBI Governor Urjit Patel said that it will not impact upon the liquidity in the wholesale market and new notes have been produced over the last few months. 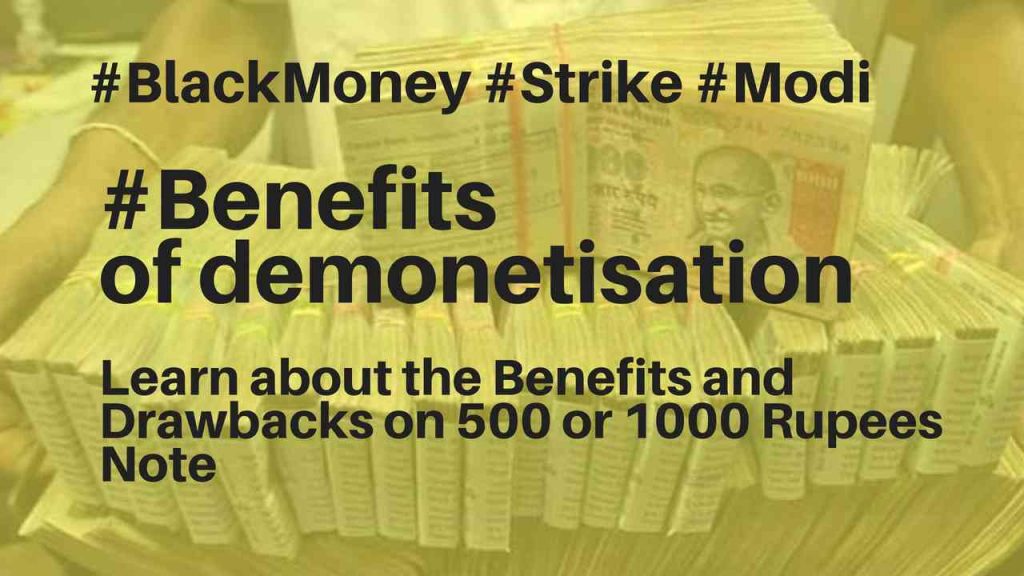 The newly launched currency are said to be safer which makes it hard to produce a fake note. It will affect all the citizens of India but it is a beneficial step in the transparent and corruption free India.

As every coin has two sides it has both upsides and downsides. This step also has some advantages and Drawbacks. But 1st we will discuss the aim of introducing such harsh step.

Reason behind banning the currency notes :

The fake Indian currency is more in higher denomination notes.  For a common man, it is difficult to distinguish fake notes and genuine notes. These currencies are used by a terrorist, for hoarding black money and for illegal activities. Curbing these notes was important.

Due to this investment in gold and jewelry will increase as more people will try to convert paper money into gold which will eventually increase investment in the government’s gold monetization scheme.

Drawback of the scheme :

This scheme may have many advantages and some disadvantages but this step is required to make our country free from Fake currency, Black money, Corruption and money laundering which has been tormenting India for many years. So these are some benefits and drawbacks of demonetization on 500 or 1000 Rupees Notes.