All About CIN Number of Company

Corporate Identity Number or in short CIN Number is a code that has combination of numbers and alphabets that 21 in length or is 21 digits alphanumeric number that is  provided to all Private Limited Company, One Person Company, Section 8 Company, Nidhi Company, Limited Liability Partnership and Partnership etc who are registered or incorporated in India. 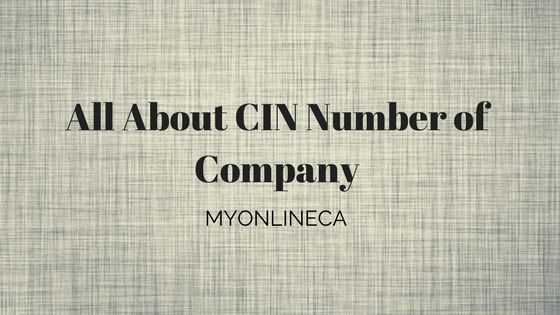 The following five digits speak to the ROC business code. Diverse exercises have distinctive 5 digit codes and it is utilized to characterize the sort of organization being enlisted.

A few cases of ROC industry codes utilized as a part of CIN Numbers are as per the following:

The number is the ninth to the twelfth place of the CIN number speak to the time of joining. In light of the organization fuse date, the CIN number would change.

The three characters after the fuse year speak to the proprietorship kind of the organization. For example, PTC remains for private constrained organization and PLC remains for Public Limited Company.

How to obtain CIN Number In India

To obtain A Cin Number In India, you need to follow the below-listed steps :

A Cin Number is given to a Business entity after it completes the incorporation process and comes into existence. To obtain Cin Number a Business has to make an application to MCA In India.The first letter tells you that. If the company is listed on the stock exchanges, the CIN number starts with an L.The next five digits in the number denote the industry to which the company belongs. The two letters after that tell about the state where the company is registered, The four digits next to the two letters denote the year the company was incorporated. The subsequent three letters denote the classification of the company. The last set of six digits represents the registration number of the company issued by the Registrar of Companies. Cin Number is to be Displayed on the Legal documents of a company as well bills, invoices etc of the company.